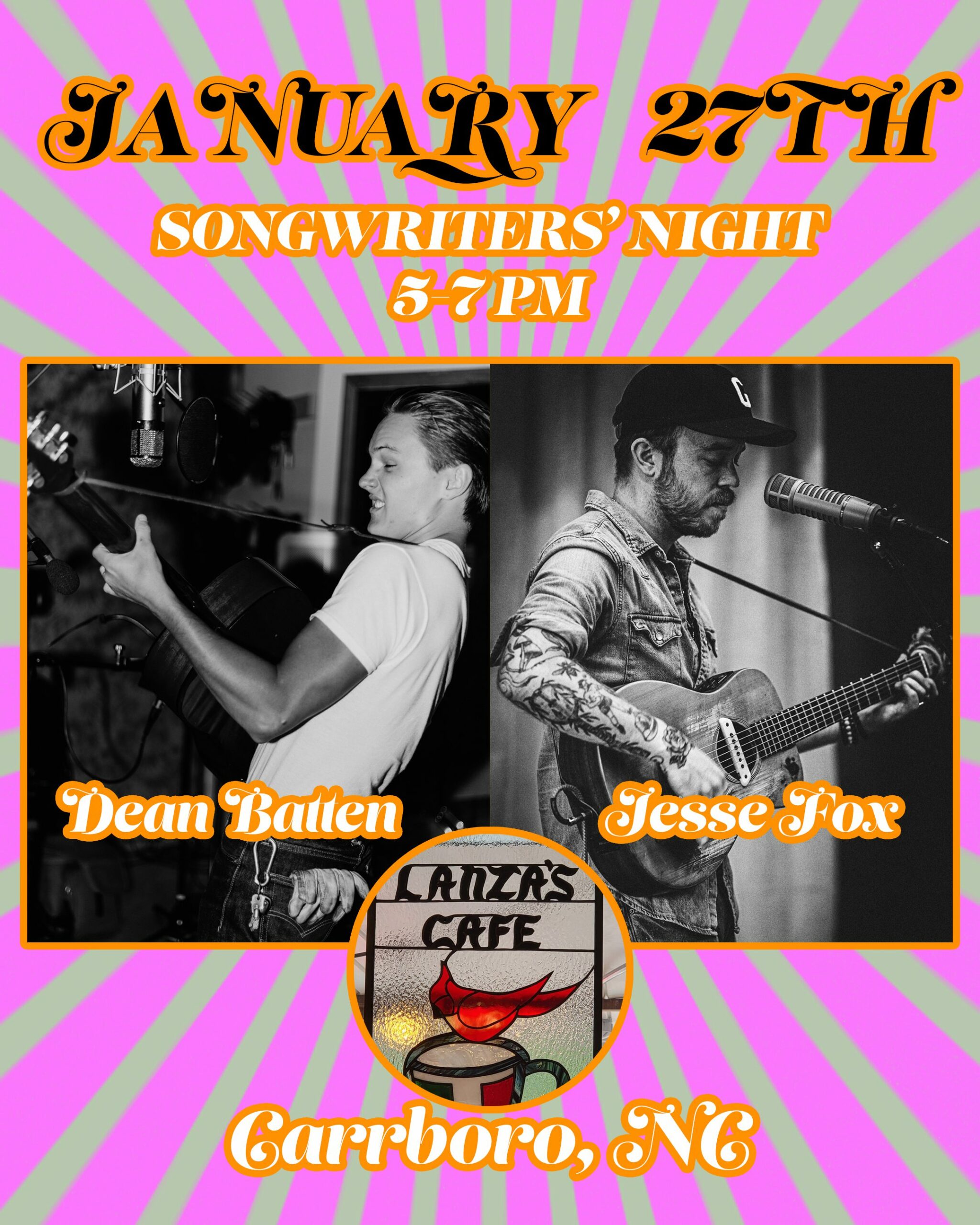 Enjoy an evening of two fantastic artists coming together!
Often genre-bending, thought provoking and emotion stoking, Dean Batten’s music is most concretely one thing: captivating.
Moving beyond the scope of his previous output, Dean has entered into a new phase of creativity. Embracing the folk, folk-rock and country-rock sounds of his childhood, Dean is preparing to release a three-installment series of albums: “Optimist Breakfast”, a solo acoustic album; “Pessimist Lunch”, a full band version of the same songs, and “Realist Supper”, a live album.
With three albums of varying sounds and styles, three EPs and a string of singles already under his belt, Dean is steadfastly beating on ahead into new domains of lyrical insight, firm feet-on-the-ground beauty and a deepening expression of Love and Joy for all aspects of the human condition.
Jesse Fox was founder, lead songwriter and lead singer of Love & Valor, an emerging Americana-flavored Folk band based out of Burlington, NC. Known for their live shows which are intimate yet energetic, with harmonies, gang vocals and upbeat melodies.
Check out more!
https://deanbatten.com/
https://www.loveandvalormusic.com/