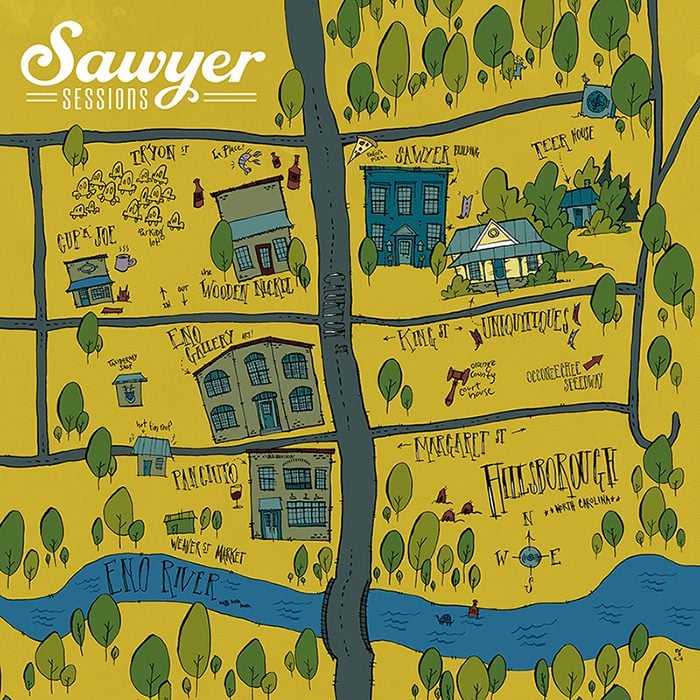 Sawyer Sessions, Season 1 is an album to throw on in the heat of the afternoon, sitting on a front porch swing while sipping an Arnold Palmer. Yep Roc Records released Redeye’s CD and LP – a companion to the YouTube video channel of the same name that features various artists’ acoustic performances at restaurants, galleries, shops and private homes within the roughly four square miles of Hillsborough – in honor of Record Store Day in April. It combines the best of the first season of the series and includes songs from the likes of Chatham County Line, Mandolin Orange, Chuck Prophet and Peggy Sue, filmed and recorded in locales such as Teer House, Mystery Brewing, Uniquitiques and The Wooden Nickel. You can catch new YouTube episodes on the second Thursday of every month. Subscribe to the channel by visiting youtube.com/sawyersessions.