Joyous Cooking: Curry in a Hurry 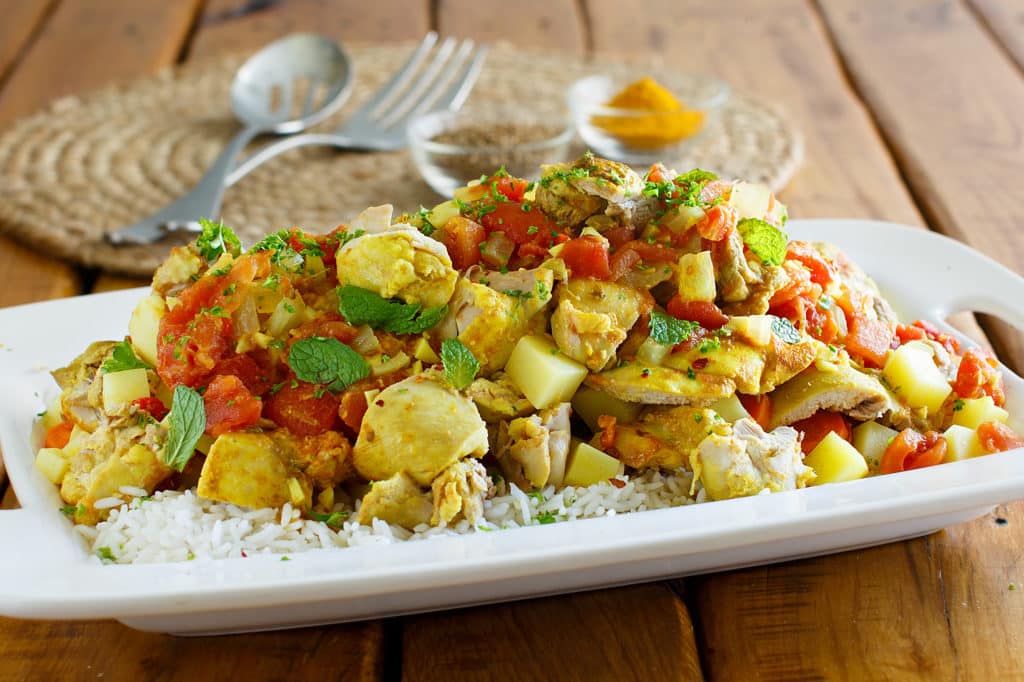 Since we now have more Indian restaurants in our neighborhood than you can shake a stick at, it’s hard to believe this is a fairly recent phenomenon. Not too long ago most Southerners experienced the joys of curry only at home.

Curries were served in coffeehouses around London in the early-18th century, but eateries featuring Indian food were rare in America until more than 200 years later. Colonists learned about curries at the dinner table, not in restaurants. British settlers arrived with cookbooks such as Hannah Glasse’s 1747 publication, ‘The Art of Cookery Made Plain and Easy,” including the first curry recipe known to be written in English.

My mother made a cream-based curry made almost exactly the way Mrs. Glasse describes. Instead of ginger and turmeric, however, she used dry curry powder, itself a British concoction. According to legend, an Indian cook brought to London by a returning East India Company nabob invented curry powder. To satisfy his employer’s acquired taste for spicy food, the enterprising fellow ground together dried chiles, turmeric root and coriander and cumin seeds to replicate the spices used in Indian kitchens.

After curry powder became wildly popular in England, McCormick & Company recognized its potential and created a blend that was a staple of my mother and grandmothers’ spice rack. It tasted then exactly the way it does now – a nicely balanced blend of spices without much heat, perfect for the quintessential Southern dish, Country Captain, that both my grandmothers served at their ladies’ luncheons.

I still fall back on McCormick in a pinch, but now that we have easy access to fresh ginger root, turmeric and so many other formerly exotic spices, there’s little need to use a dry blend.

Though I could eat curry every day of my life, I still think of it as company food. It meets all my crowd-feeding criteria: it’s fast, easy, can be made ahead of time and everyone loves it. If you’re lucky, you’ll have leftovers.

Here’s a curry we are especially fond of. No need to grind the spices or even brown the chicken; the flavors are startlingly fresh, and so far, everybody I’ve served it to has loved it.

Mix the turmeric, cumin, fennel, salt and pepper together. Sprinkle half of this mixture on the chicken thighs, reserving the other half.

Transfer chicken pieces to a plate. Remove the cinnamon sticks and bay leaves. When the chicken has cooled off, cut or tear it into bite-size pieces.

Simmer the curry another five minutes until the liquid is reduced to
a thin sauce. Add extra stock or water
if needed. Return the chicken to the curry and heat until warm or refrigerate until ready to serve, then reheat on
the stove.

Serve over cooked rice, generously sprinkled with mint or parsley.

Moreton Neal is an author and interior designer who lives in Chapel Hill. She is a lifelong foodie, having co-founded LA Residence in 1976.