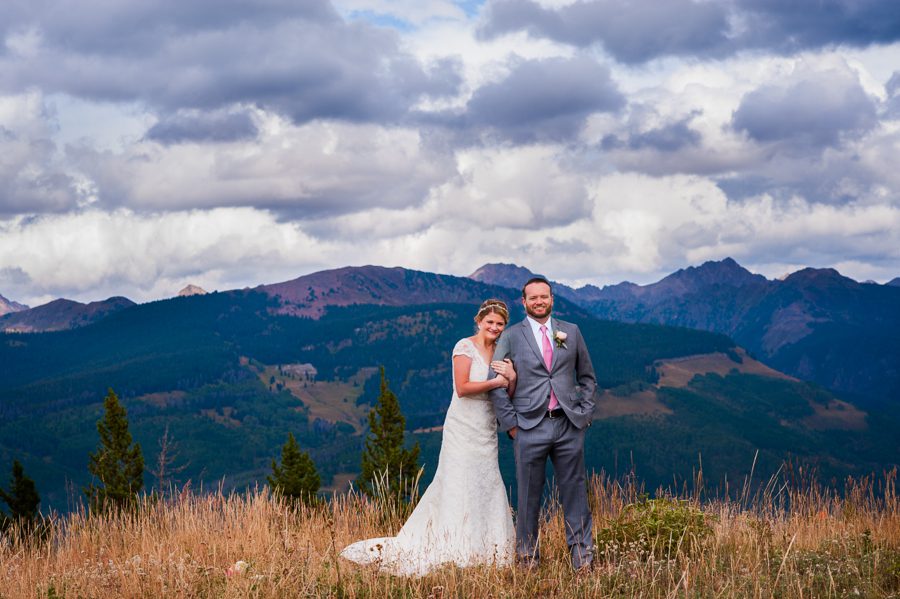 Chapel Hill native Liz Coleman and ECU alumnus Rob Jordan first crossed paths three years ago in Colorado. A few years into dating, the pair traveled to Barcelona for Liz’s spring break. They planned to visit the Magic Fountain of Montjuïc in anticipation of a spectacular light and music display and arrived only to find it was not running that day. However, Rob would not let this small setback foil his special plan. Instead, he took advantage of the sunset as a natural backdrop to illuminate the moment of his proposal to Liz. The day ended perfectly for the newly engaged couple.

Because Liz and Rob always dreamed of a ski town wedding, they decided to say their “I dos” in the mountains of Vail. On their wedding day, the couple and their guests rode up on a gondola for the ceremony atop Vail Mountain in front of their parents Jon and Linda Coleman of Chapel Hill and Patrick and Dorothy Jordan of Raleigh, with Meredith Rutala of Chapel Hill as maid of honor.

At the reception at Game Creek Club, everyone was in a celebratory mood. “We have never seen so many people rush the dance floor at one time and stay there until the night ended,” the couple says. “Our band was fantastic and kept our guests on their feet the entire night.” Liz and Rob say they won’t soon forget their unforgettable occasion set against the breathtaking views of the Rocky Mountains.

The couple lives in Denver. CHM