Slow & Steady Wins the Race (to the Altar)

Becky Johnson and Eoin McDonnell both ran track at Chapel Hill High, but they mostly stayed in their own lanes. It wasn’t until Eoin moved back to Chapel Hill after graduating from Virginia Tech and Becky was a junior at UNC that they finally hit it off and began dating.

Five years later, in the fall of 2014, they traveled to Ireland. A visit to Adare, where Eoin’s parents were married 30 years ago, hinted at what was to come. One evening after returning to a beautiful lodge in Sixmilebridge, Eoin asked Becky to walk down to the lake behind the house. On the dock with views of the lake and surrounding hills, Eoin got down on one knee to propose.

Their wedding weekend took place much closer to home with a rehearsal dinner in The Great Room at Top of the Hill and an entourage of locals in the wedding party making it a true Chapel Hill experience. Among them  were Eoin’s parents, Mary and Donald McDonnell, and Becky’s parents, Arne and Judy Johnson. 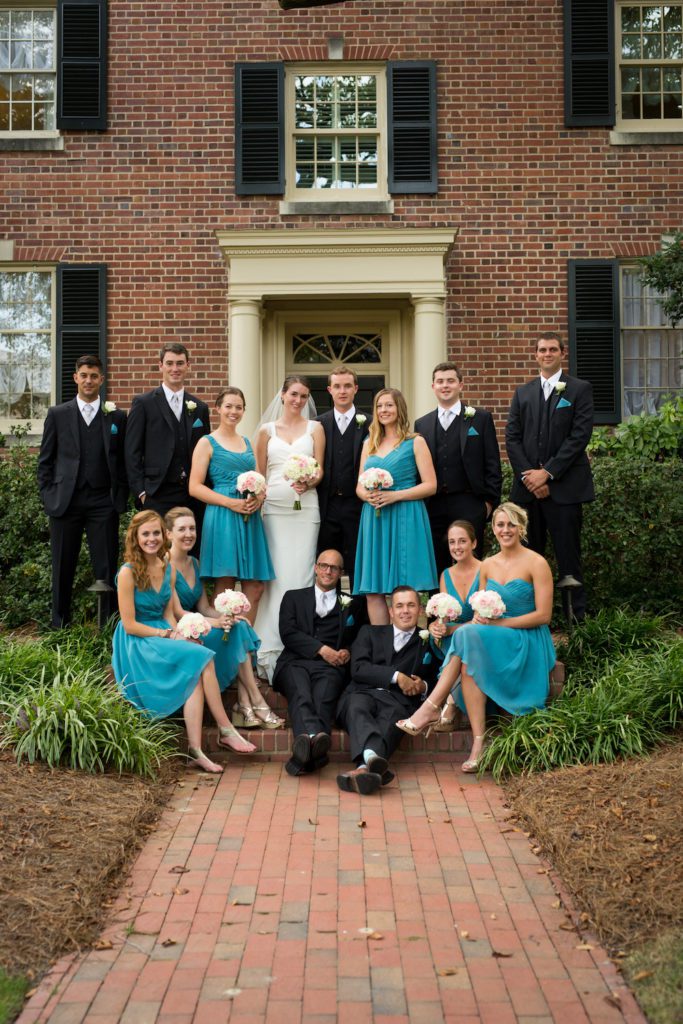 Becky’s favorite part of the wedding at The Carolina Inn was right after the ceremony when it was time to celebrate with friends and family, including best man Kevin McDonnell and maid of honor Kristy Longman, who went to UNC with Becky. She remembers that “everyone was so happy for us and in such good moods” – a fitting end to a perfect late summer day.

Eoin is pursuing his Ph.D. in molecular cancer biology at Duke, and Becky is an environmental researcher. They live in Durham.

Editorial intern Lily Stephens is a Georgia native studying journalism and studio art at UNC-Chapel Hill. When she isn’t writing or painting, she can usually be found wishfully browsing pet adoption sites in search of her first Dachshund puppy.