Then and Now: A Photographic Look at Chapel Hill

THEN Back when the parade marched down Franklin Street in the 1950s, the Walgreens was a movie theater and the building that houses Top of the Hill was still a gas station. 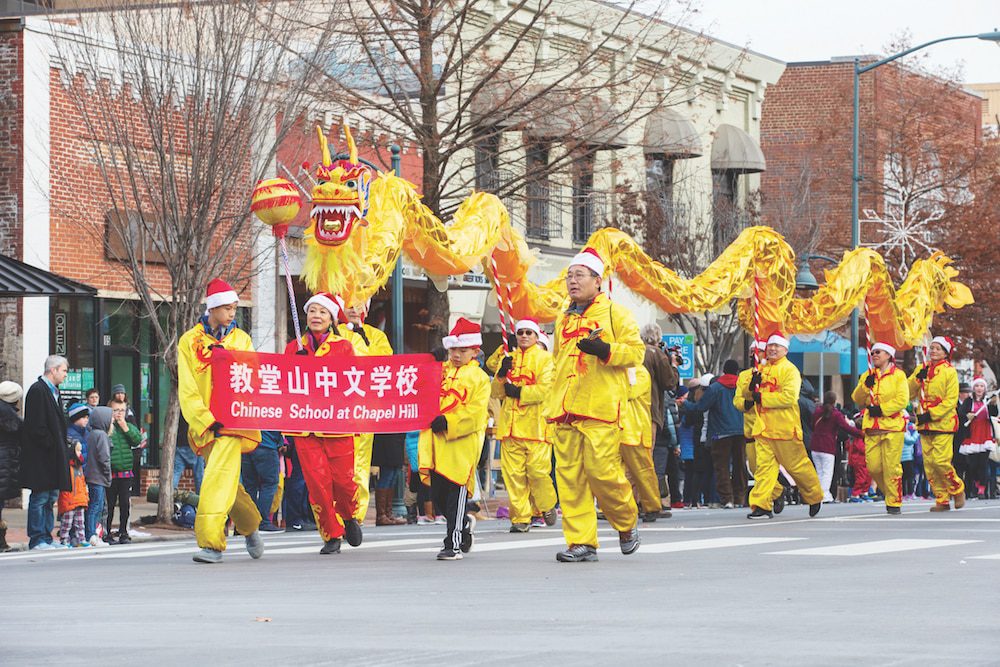 NOW The annual parade begins at the old post office and draws school groups, like Chinese School at Chapel Hill, nonprofits, businesses and more. This year’s parade is Dec. 14.

THEN Built in 1958, the shopping center was part of the Ephesus-Fordham District and featured tenants such as an A&P grocery store, an ABC liquor store, a gas station and a bowling alley. 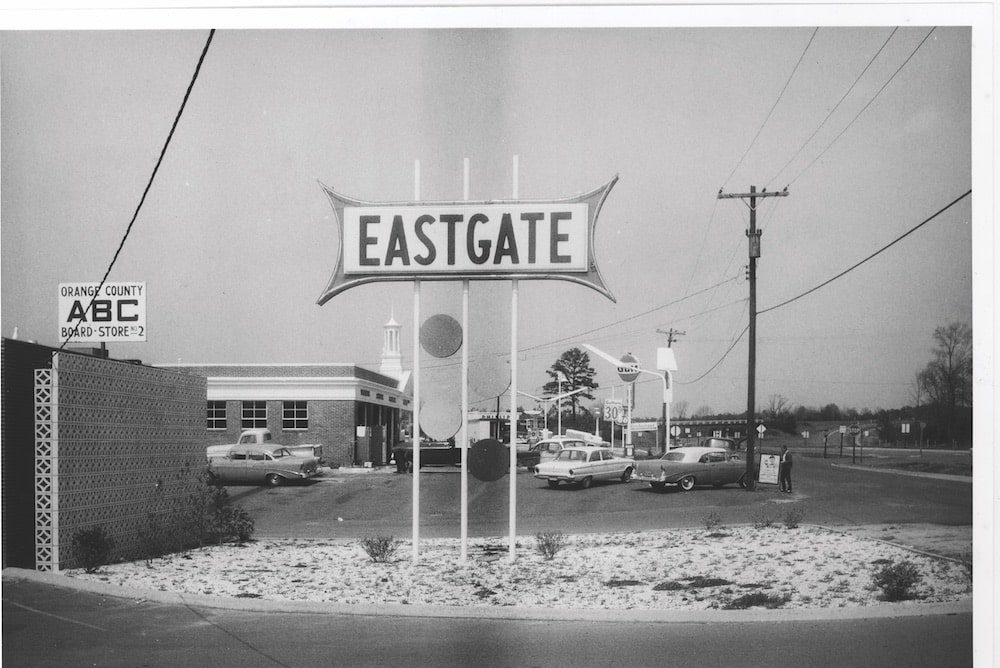 NOW Part of the renamed Blue Hill District, the shopping center is now known as Eastgate Crossing and is home to a Trader Joe’s, fast-casual restaurants and boutiques.

THEN Maurice and Mary Julian opened their doors on Franklin Street in 1942, bringing Ivy League style to Chapel Hill. Daughter Missy Julian-Fox and husband Michael Fox took over when Maurice died in 1993. In 2007, Missy’s brother, Alexander, and his wife, Meagan, moved the store across the street to a larger location, which had been the site of his own store, Alexander’s Ambition, from 1969 to 1975. 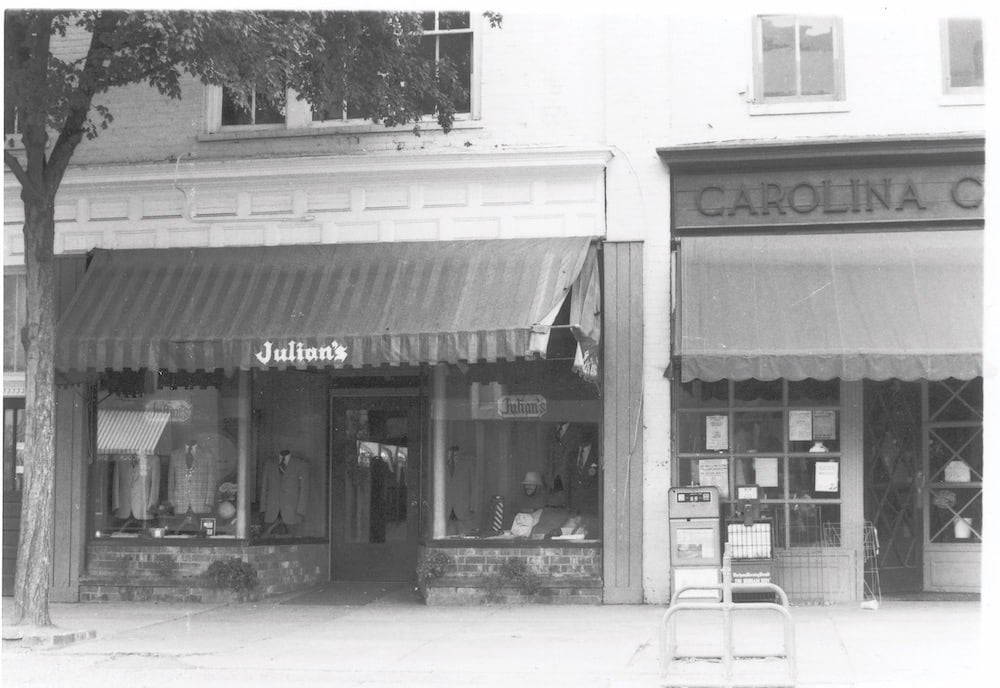 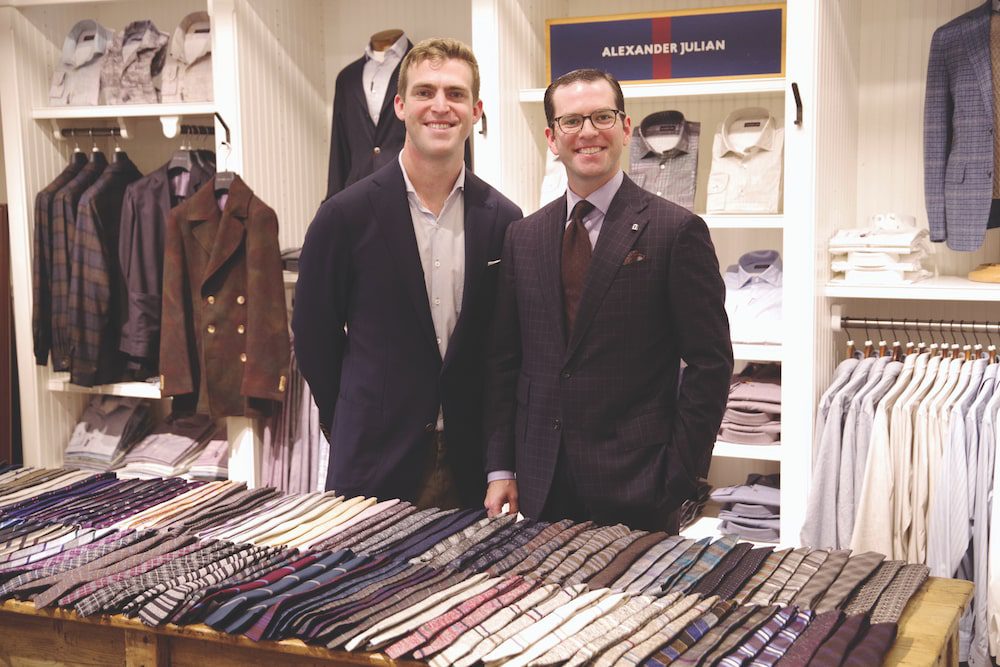 THEN A petition to create a fire department circulated around Chapel Hill as early as 1896. In 1901, the first fire house and its equipment were authorized by the town board. The department integrated in 1968. The first Carolina blue fire truck was unveiled in September 1996. 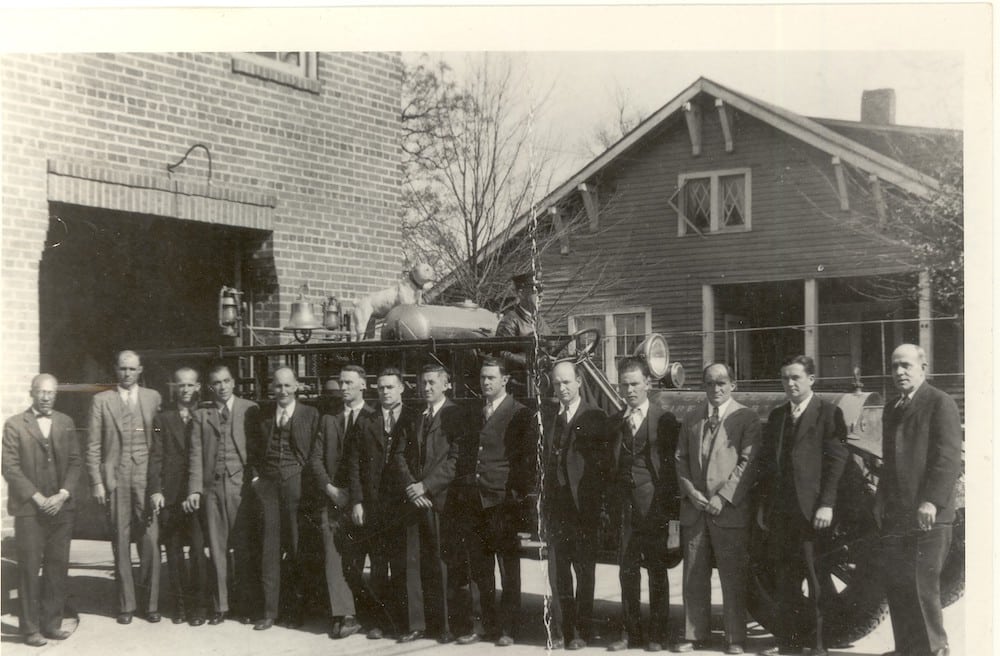 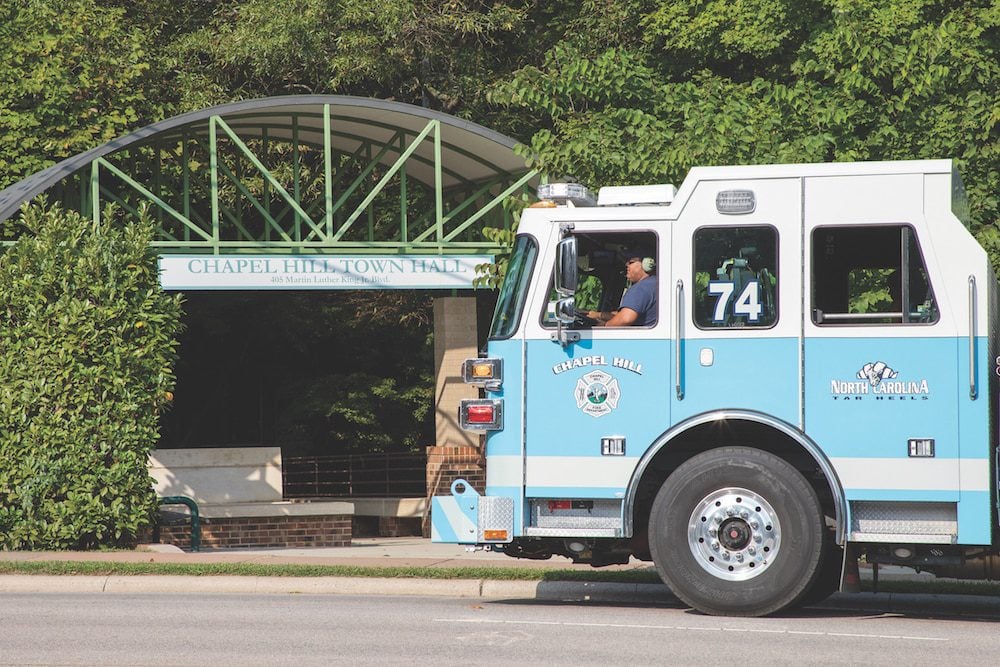 NOW The department is staffed by about 100 employees and has five stations, plus the Chapel Hill Department Training Center and The Fire Place in Meadowmont, home to the CHFD Puppet Show, an antique fire engine and other historical objects.

THEN “In the early 1980s while attending Chapel Hill High School, I worked at the iconic University Square chicken-and-biscuit restaurant Time-Out, which was and still is owned by UNC alumnus Eddie Williams. It was a great and very fun part-time gig. Back then, Time-Out closed at 9 p.m. My buddy Walt Winfrey and I waded into entrepreneurship by approaching Eddie and essentially ended up subleasing Time-Out from 9 p.m. to 3 a.m., probably to our parents’ chagrin. Walter and I were convinced that the college students would love a late-night snack other than a Greek grilled cheese from Hector’s, which was the only other option. How right we were. There was soon a line out the door every night to snag the now-famous chicken-and-cheese biscuit. Almost every night around 3:30 a.m., I would wind my way down Franklin Street back home to Briarcliff on my moped. Thanks to the opportunity given to me by Eddie, who is still a good friend, and the small-town vibe of Chapel Hill back in the day, that unique experience shaped my business future in ways that a degree from the world’s finest business schools may never have. It was also that beginning that launched Time-Out to be open 24/7/365.” – by Eric White

NOW Time-Out is still slinging chicken biscuits, but moved from West to East Franklin Street to the space formerly occupied by Hector’s. 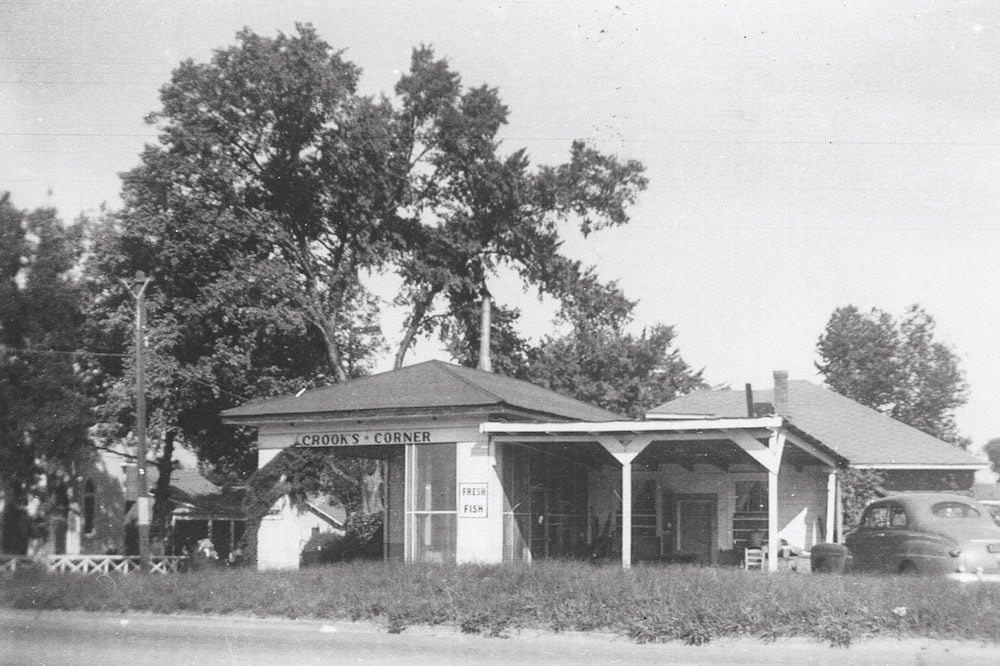 THEN In the late 1940s, Rachel Crook ran a fish market and cafe at the West Franklin Street corner. She was murdered there in 1951, and the case was never solved. In the following years, the building served as a taxi stand, bait-and-tackle shop, pool hall and then stood deserted. In 1978, Chapel Hill native and former Town Council Member Cam Hill remodeled the dilapidated building and opened Crook’s Corner Barbecue in Rachel’s honor. Gene Hamer and chef Bill Neal took over and opened a restaurant in 1982, serving up iconic Southern cuisine like shrimp and grits.

Beginnings from the Endings