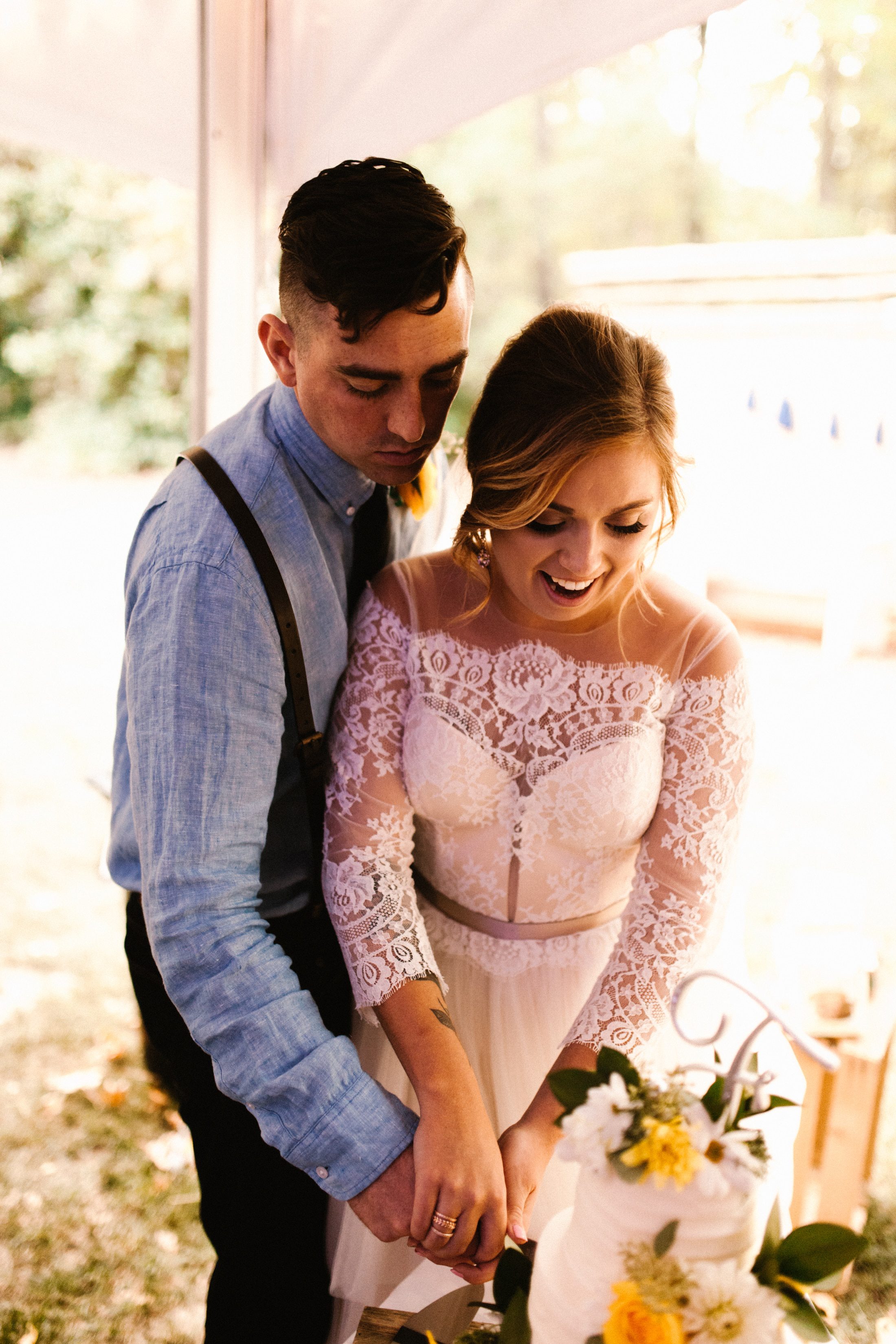 For Courtney Holland and Jason Fearrington, the family history of growing up in Chapel Hill was an important part of their romance. Courtney’s grandparents, Helen Whitt and Helen and Murry Holland, and Jason’s grandparents, Jeanette and Frank Fearrington, had been close friends for many years, and the couple’s parents knew each other from Chapel Hill High School. In 2015, after noticing that she was absent from the Christmas Eve service at University Baptist Church that they both attended annually with their families, Jason asked Courtney if she would spend New Year’s Eve with him.

A little over a year later, on March 11, 2017, Jason proposed to Courtney after telling the family that the ring was “burning a hole in his pocket!” He contemplated where and when he wanted to propose and finally decided to ask the question one weekend when they were both home and having a bonfire. 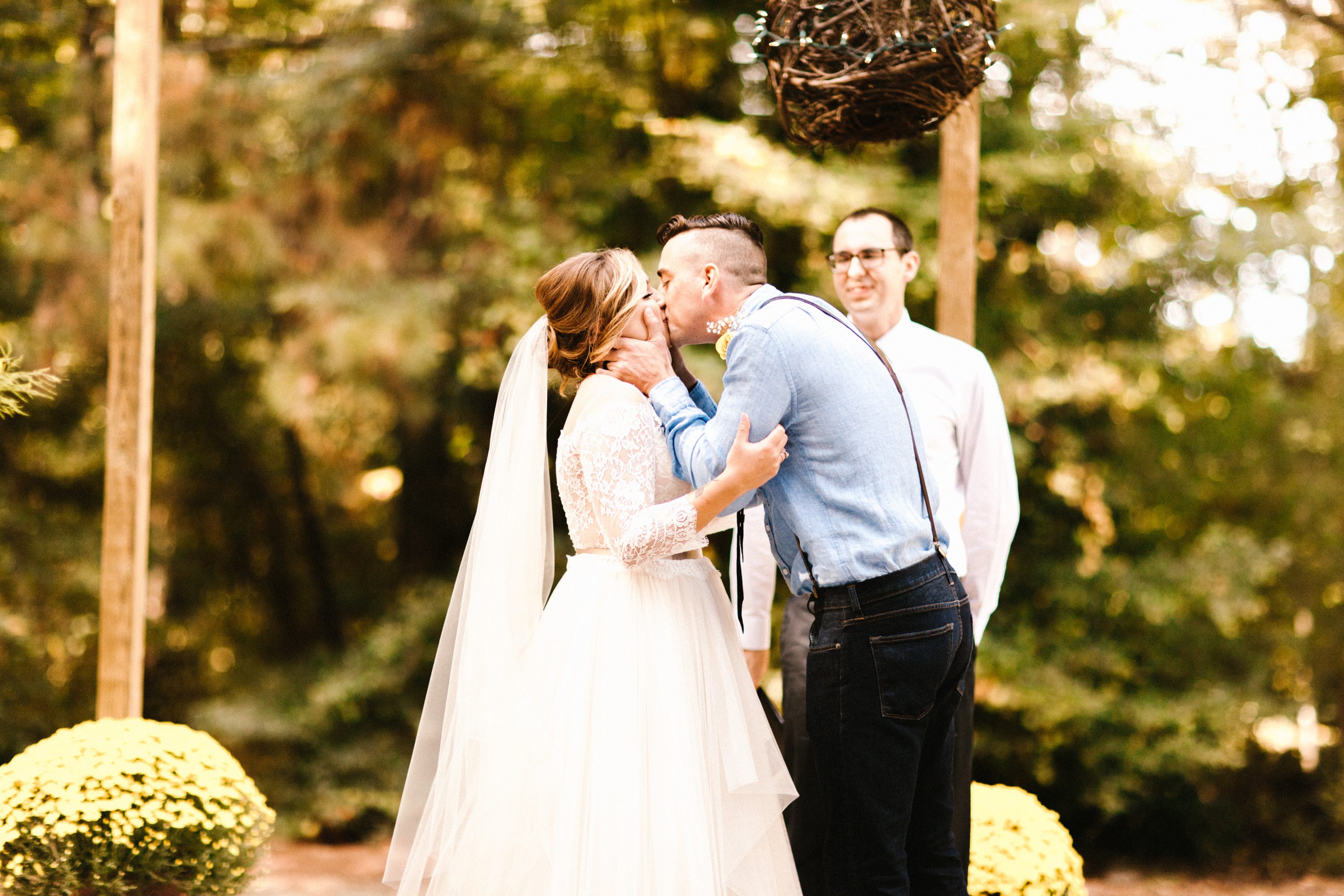 After bumping up their wedding date, they tied the knot on September 30, 2017 at their home in Fearrington. Despite concerns about timing, the fall wedding went off without a hitch. Mums, hay bales and the beautiful natural woods set the tone for the occasion as the couple celebrated with friends and family, including Courtney’s parents, Lantz and Janine Holland, and Jason’s parents, Rachel Welch and Steve Fearrington.

Courtney and Jason reside in Fearrington with their two pups, Gia and Rosie. 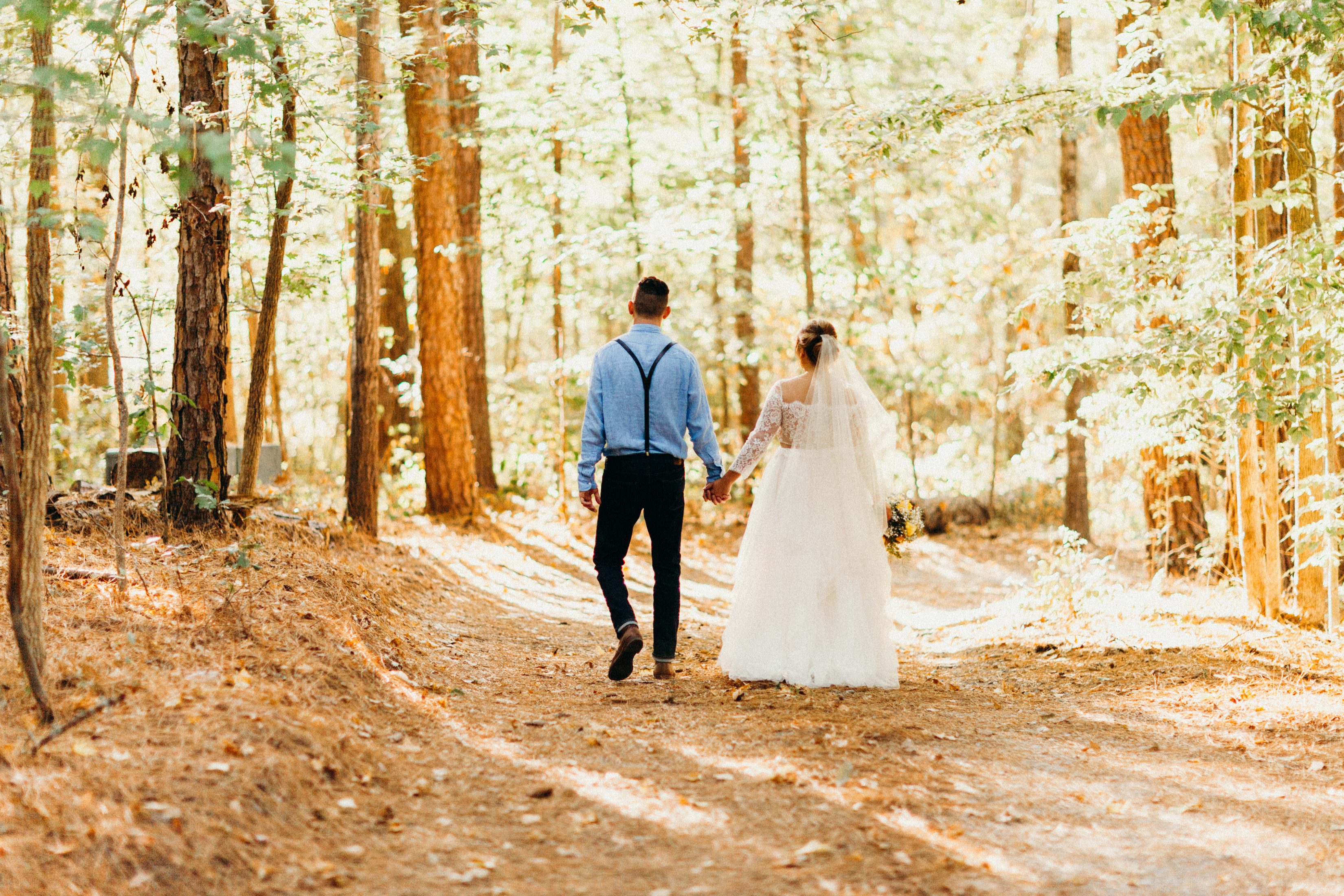 Editorial Intern Kyndal Lemelin is a senior at UNC graduating this spring with a degree in English. When her nose isn't stuck in a book (rare!) she enjoys watching really cheesy rom-coms and stopping people on campus to pet their dogs.