After graduating from the University of Georgia, native Virginian Courtney Minton moved to the southern part of heaven to attend graduate school at UNC. She soon met fellow UNC alum Jon Leggette on Match.com. The two shared their first date at Fullsteam Brewery, and before the night was over, Jon asked for a second.

Almost two years of dating passed, and on May 21, 2016, Jon and Courtney planned a full day with breakfast at Elmo’s Diner – Courtney’s favorite spot for banana pancakes – and exploring in Fearrington Village. Jon had planned to propose at dinner later that night, but while relaxing by the pond, excitement got the best of him and he proposed on the spot.

The day after the rehearsal dinner at The Carolina Club, the bride and bridal party shared laughter and Champagne in their bridal suite at The Franklin Hotel while the groom and groomsmen brunched at Milltown. The couple tied the knot on April 22, 2017 at University Presbyterian Church. Pastor Bob Dunham officiated the ceremony, which was his second-to-last wedding before retirement. Afterward, the couple danced with friends and family – and their favorite goat, Rosalita – at The Chapel Hill Carriage House. The day of celebration was followed by a brunch at The Carolina Inn.

Courtney is now an elementary school librarian with Chapel Hill-Carrboro City Schools while Jon is a video producer with the UNC Athletic Department. The couple just bought a house in Pittsboro. 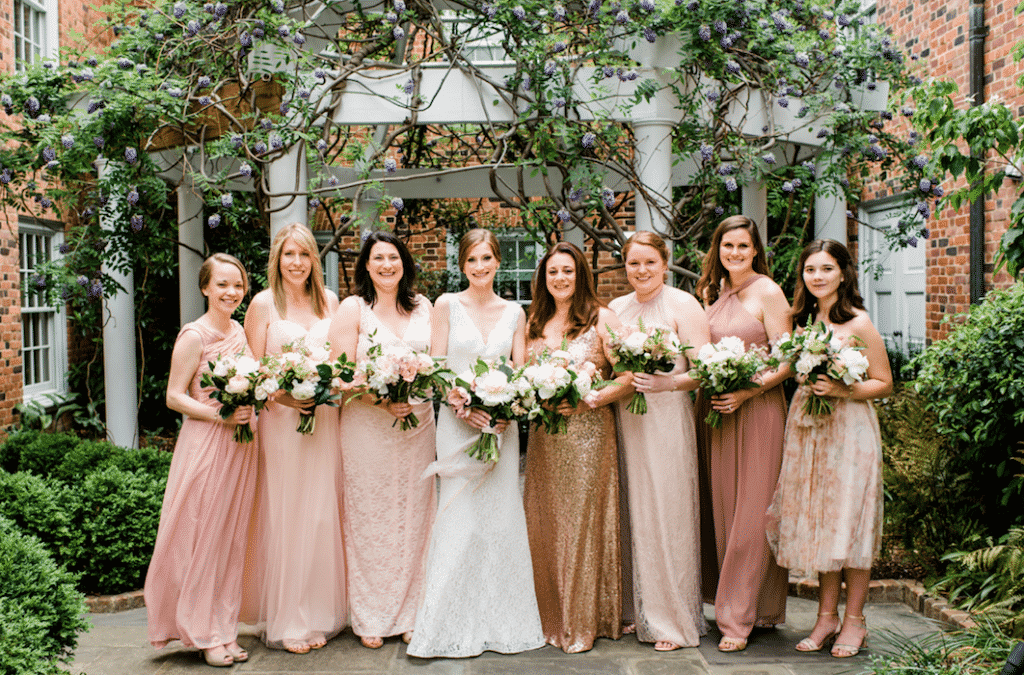 Editorial Intern Kristi Piechnik is a foodie through and through. When she's not writing for Chapel Hill Magazine, she's on the hunt for the world's best carrot cake.