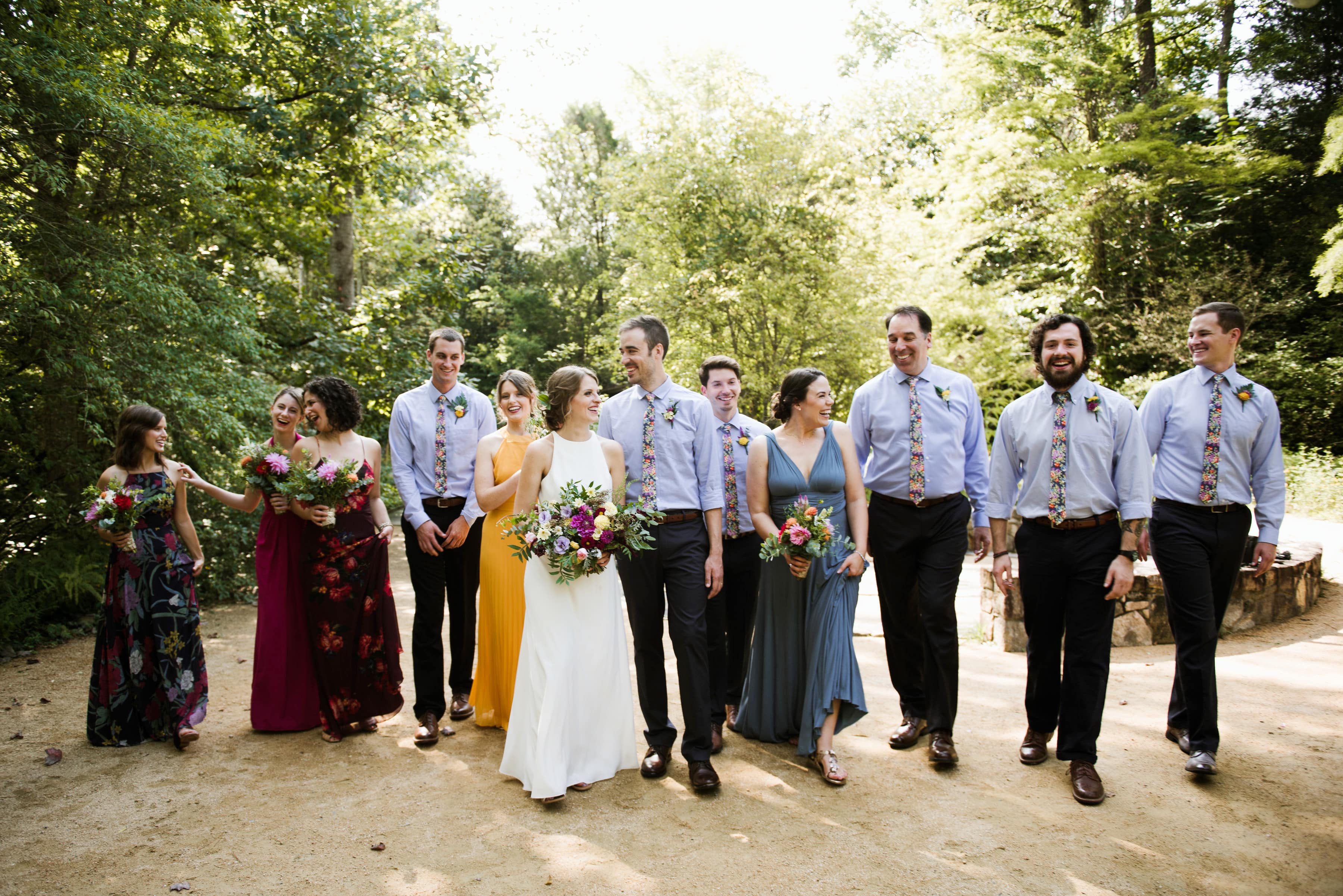 For Grace Witsil and Alex Miller, it all started in the pool. Both natives of Chapel Hill, they grew up going to The Exchange Pool, graduating from playing in the shallow end to becoming lifeguards and swim coaches. When the time came for college, they went their separate ways, with Grace heading to UNC and Alex to North Carolina State University. As they pursued their careers, Alex as a volcanologist and Grace as a corporate attorney, they caught up with each other occasionally until one fateful summer brought them back together. They began dating long distance and soon enough, Grace was moving to Idaho and bringing Ida, her dog, along too.

Though they had discussed marriage before, Alex managed to surprise Grace. On a trip to the hot springs for Alex’s birthday – or so Grace thought – he pulled off the perfect surprise proposal with a heartfelt speech in the snow. 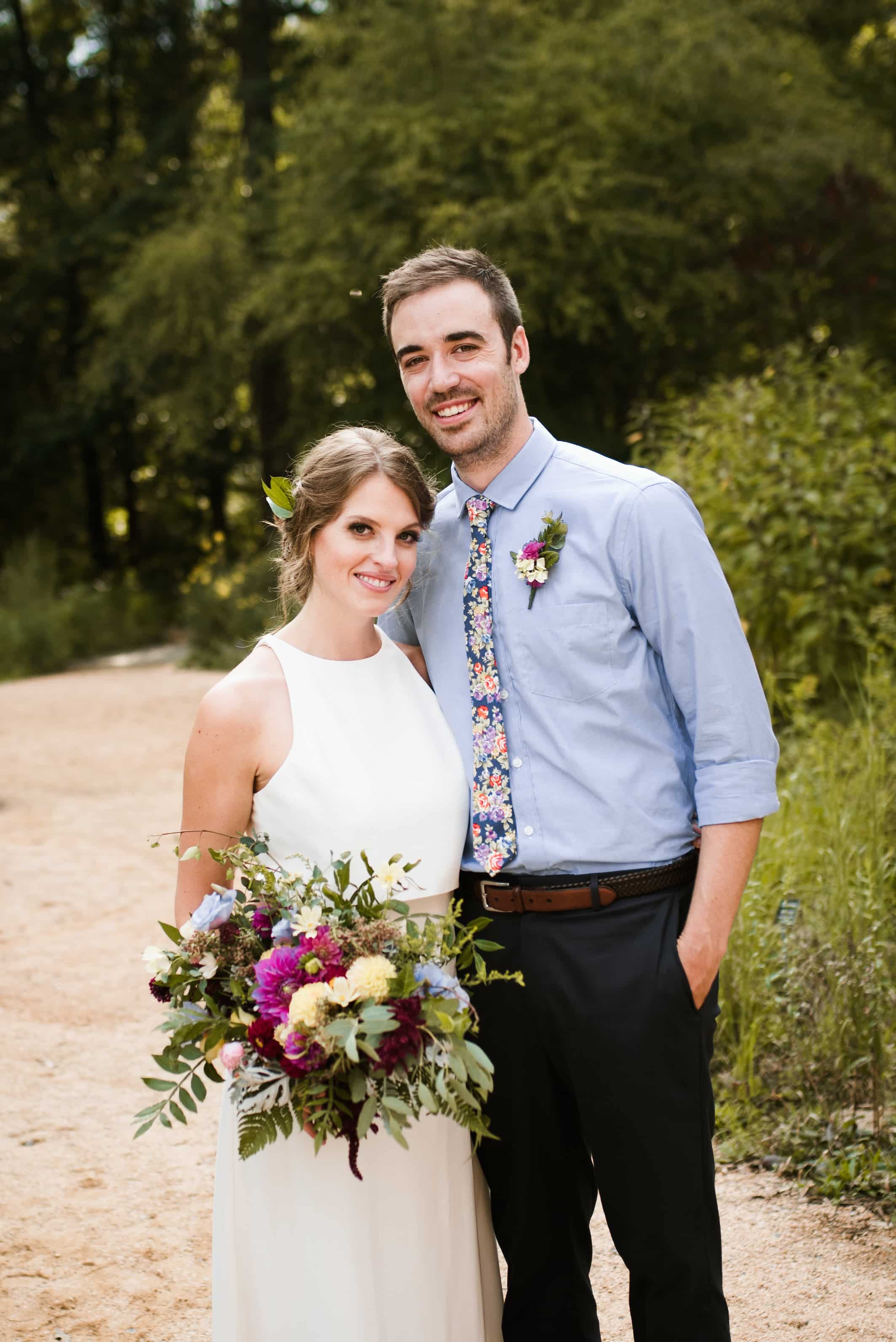 The couple returned to Chapel Hill to get married with a laid-back wedding at the North Carolina Botanical Garden on September 2, 2017. The wedding was officiated by Grace’s brother, Caleb Witsil, and another brother, Tucker Witsil, was Grace’s “bridesman.” Alex’s brother, Chris Smith, served as a groomsman along with their sister Alyssa Strickland, who was a “groomsmaid.” Also present for the ceremony were the couple’s parents, Amy and Matt Witsil and Valerie and Jim Miller. A special moment of the wedding featured the reading of poetry written by Grace’s late grandmother about her grandfather. At the reception, Grace and Alex ensured their guests would have fun with a tarot card reader, face painter and the option to vote on what tattoo the couple would get to celebrate their marriage.

The newly married (and tattooed) couple resides in Boise. 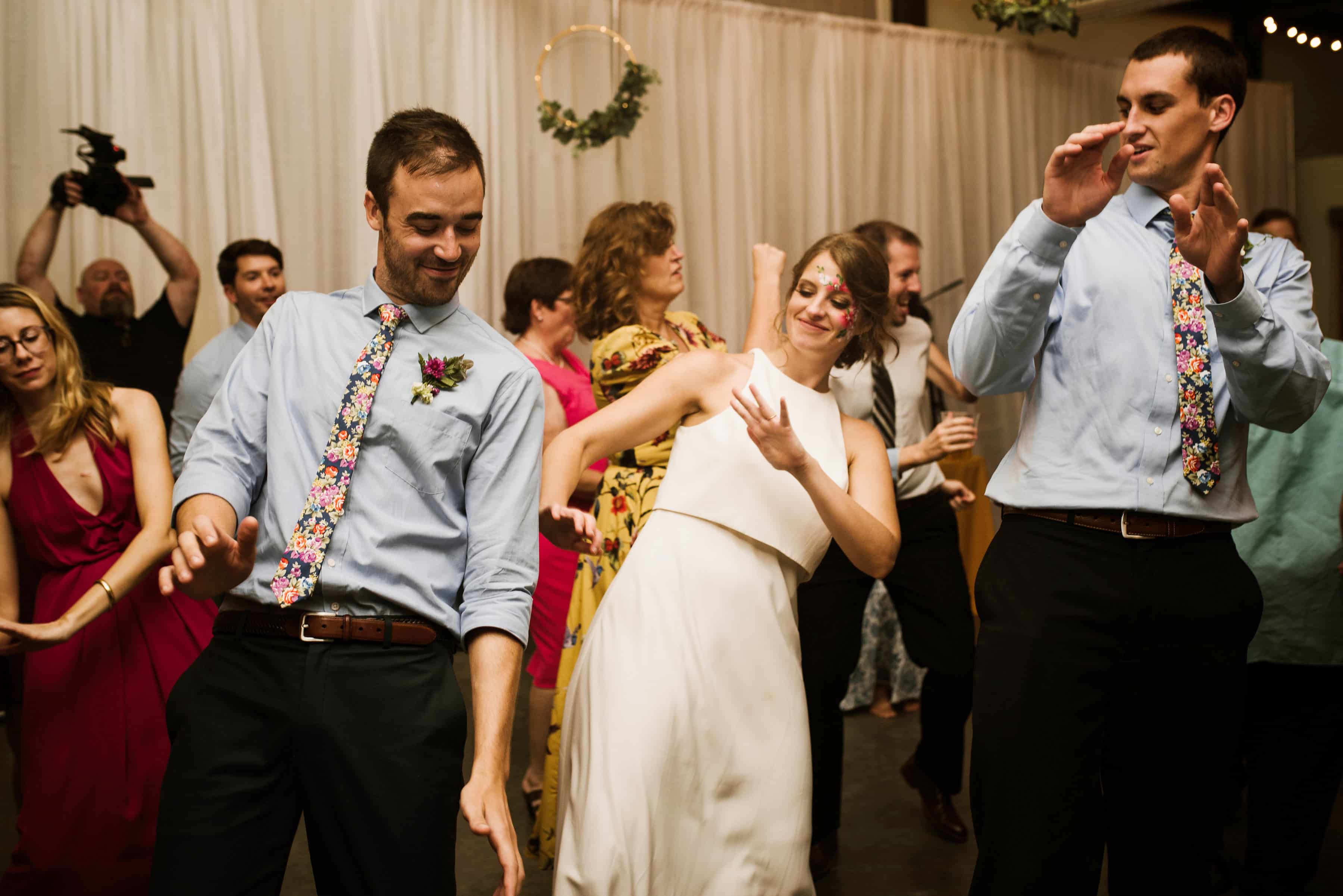