After opening creative hub VibeHouse 405 in 2017, Kevin “Kaze” Thomas was recently announced as one of the new owners of Local 506

Music has brought Kevin “Kaze” Thomas a lot of things in life. He’s toured the world, made records and also shared a stage with some of the most luminous figures in hip-hop, coming time and time again within a wisp of living what was a long-standing dream. It has, in many ways, defined who he is and what he aims to achieve.

Today, Kaze has realized that it’s through music that he can best nurture the people who, as he once did, come to Chapel Hill for its arts and music scenes.

Recently announced as one of the new owners of Franklin Street institution Local 506, Kaze sees the club as one of the tent poles for expression in a town that still has much of the same vibrancy as it did when he arrived as a freshman at UNC during the ’90s.

When Kaze was 13, his father and stepmother moved him from Northern Virginia to rural Richlands, North Carolina, a place he describes as a “one-stoplight town that put him in a box.” He soon found Chapel Hill as an oasis away from his new Eastern North Carolina home. It bristled with music and art, becoming a boomtown of mid-1990s indie rock and alternative music. 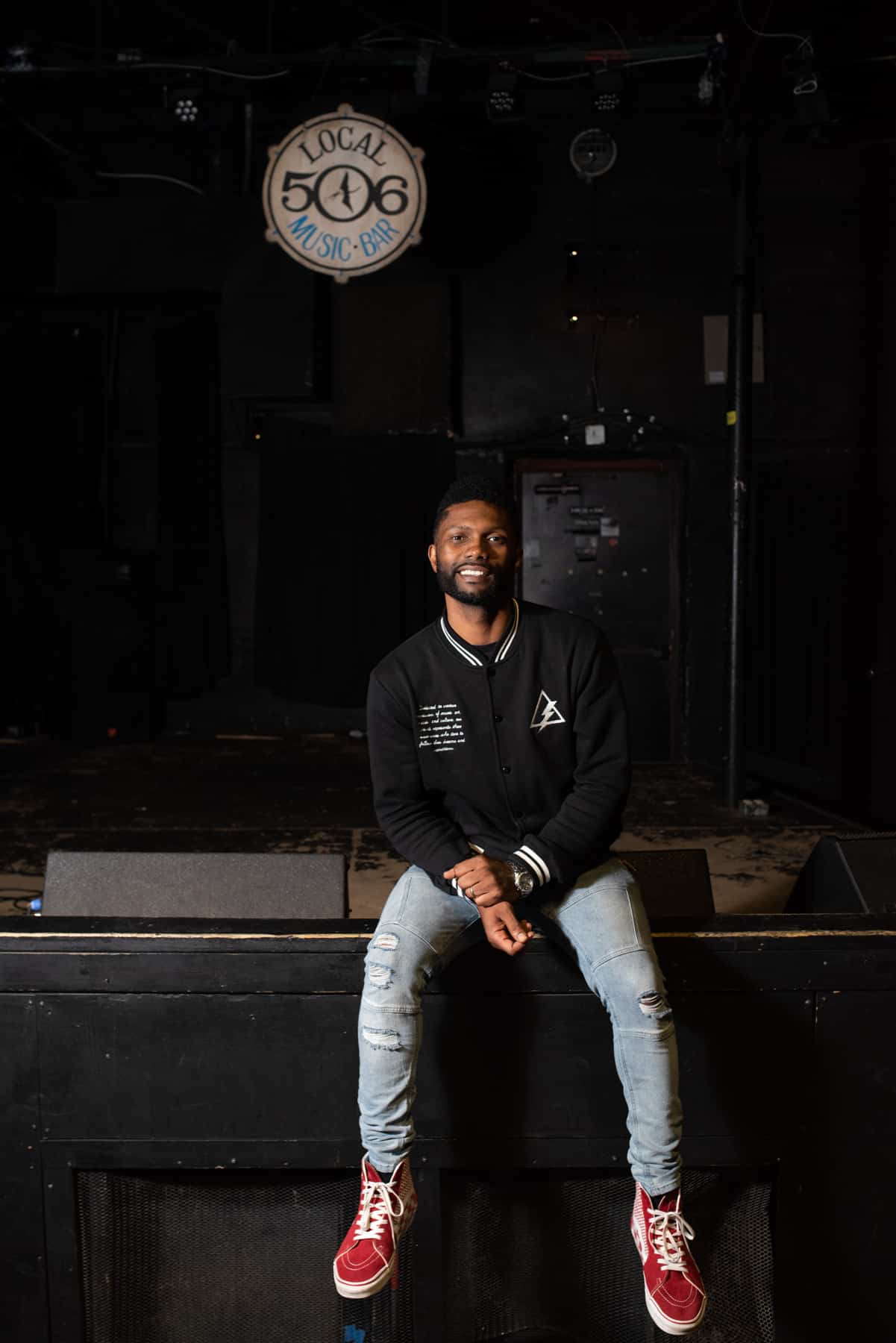 After graduating from high school in the mid-1990s, he enrolled at UNC and soon created his own foothold in the scene, founding an on-campus collective called Hip-Hop Nation. Whether it was rap, poetry, break dancing or art, the group banded together around their shared love of hip-hop culture, creating the first on-campus music studio at UNC.

Eventually, Kaze focused more on his collective, his beat-making and rapping, and bringing the culture of hip-hop from around the country to Chapel Hill. “Once I got to a point where we were bringing The Roots to Memorial Hall, where I was working on tracks instead of going to class, where I was learning how to make beats with [local producer Jonathan Hackney, known as] Hack, who was signed to Mammoth [Records] and was selling out Cat’s Cradle, I realized, ‘I can do this right here,’” Kaze says.

During his senior year at Carolina, Kaze linked up with Zoom Culture, a now-shuttered production company, to create a television show that aired in more than 130 cities around the nation.

While hosting a nationally syndicated television show about hip-hop culture was great, Kaze realized that his passion was in creating his own music.

“That’s where my heart really lies,” he says. “By the middle of the third season, I was like, ‘I gotta go.’”

Kaze began focusing full time on his own music career, developing tracks and performing as often as possible. In 2003, he partnered with the then-owners of Local 506 to produce a regular hip-hop open mic night. Microphone Monday soon garnered enough attention that it attracted rappers from Greensboro, Atlanta and New York City to the west end of Franklin Street.

Through the channels that Microphone Monday provided and the regular experience of rapping in front of the packed room, Kaze’s own music career started to thrive. He remixed an early album with hip-hop legend 9th Wonder, signed to hip-hop incubator Rawkus Records and eventually landed a deal with Loud Records, which has released works from artists like Wu-Tang Clan, Three 6 Mafia and Xzibit.

Despite regular co-signs from some of the most popular artists in rap and record deals with career-starting labels like Loud and Rawkus, Kaze’s career as a rapper never fully materialized in the ways he’d hoped.

“Don’t get me wrong,” he says. “I’ve been on tour with Ghostface [Killah] and GZA and Clipse. [I] opened for Nas and Wale and have met all my hip-hop heroes. But I never got to that level. Still, my resume speaks for itself.”

In February 2017, he co-founded the Franklin Street creative hub VibeHouse 405. Kaze envisioned it as a place where he could offer aspiring artists a space to create and hone their art and music.

Earlier this year, Kaze was approached by Local 506’s venerable landlord Wendy Mann – whom he already had developed a rapport working alongside her in creating VibeHouse 405 – about buying into the ownership of the club after co-owner Stephen Mooneyhan decided to offload his half of the business.

Kaze was an obvious candidate: Through his work at VibeHouse 405, he was already shaping the culture and arts scene in Chapel Hill.

By May, it was official. Kaze was a co-owner of Local 506, along with Wendy, Rob Walsh, Nick Stroud, Alex Joustra and Matt Holtry. The same club where, nearly 20 years earlier, he helped start an open mic night and showcased his own performances.

And though that era – along with the town’s bona fides as a national institution for indie rock – has passed, Kaze still sees Chapel Hill as a beacon of hope for creatives from across the state.

“I remember this place when the national narrative was, ‘Seattle, Athens, Chapel Hill,’ but for a while, that was gone,” he says. “I just want to cut out a place where the art kids and the weird kids and the kids who want to do music still could get together. I want to be a lighthouse for those kids.”

Posted in Culture, Out & About